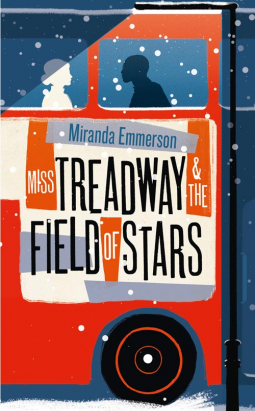 London, November 1965. Millions of Londoners are living and working on the fringes of the fashionable West End. Tales of the Moors murders fill the papers. Beyond the glamour of the all-white Carnaby Street scene lie other worlds of Caribbean music, Turkish coffee houses, Soho prostitution and stolen identities.

One Saturday evening, American star Iolanthe Green finishes a performance, walks out onto the Charing Cross Road and disappears. At first everybody cares where she went and then nobody does. A diverse group of emigre Londoners an Irish policeman, a Turkish coffee house owner and a Jamaican accountant are drawn together to search for a woman who’s quickly being forgotten. They are led by Iolanthe’s dresser, Anna Treadway a woman who knows quite a bit about reinvention and together they will travel into a world of underground music clubs, back street abortionists, seaside ghost towns and police brutality.

Well the blurb gives a pretty good summation of the basic plot of the book, so without giving too much away, I don’t really intend too elaborate too much on that. On the surface the book is a mystery concerning itself with where (and increasing who) is Iolanthe Green?  When the police operation appears scaled down (following a diversionary incident concerning a beaten male prostitute and a Junior Minister), her dresser Anna is determined to find her. Her search brings Anna into contact with a darker, seedier side of life that is a far cry away from the prevailing images of  Carnaby Street and Swinging London. It also brings to the fore another, and more pertinent aspect of the book, which is a look at the immigrant experience and what it’s like to be on the outside or live on the fringes. It was definitely a world where the discriminatory signs of  ‘No Blacks, No Dogs, No Irish’ would have flourished.

Given that a couple of our central characters are Irish (Detective Barnaby (Brennan) Hayes)  and black (the gentle Aloysius) it’s a warning that this is not going to be an easy ride. The world we find ourselves in, is one of both implicit and shockingly explicit institutional racism and sexism. When Detective Hayes has to change his name from Brennan to Barnaby and lose his accent in an attempt to ‘fit in’ there is no hope for the other more obvious migrants.

Anna Treadway is a bit of a mystery herself, and as the book unfolds, we gradually learn a little more, but as with many of the characters in the book, essentially she goes though life, trying not to stand out, playing her part to merge into the crowd and fit in. She lives in the flat above a Turkish cafe in Neal Street, a flat she shares with a dancer in a revue bar in Soho.  The cafe managed by Ottmar, was also the cafe she waitressed in when she first arrived in London.

Of the characters we meet in this book it is the incomers I often found more sympathetic and likeable, especially Ottmar, and Aloysius the gentle, kindly and somewhat naive Jamaican accountant who works for several of the black club owners in Soho. Ottmar and his family represent the family that on the surface probably feel as though they have been accepted/integrated, until of course something goes wrong. When their daughter is falsely arrested, they are dismissed, not believed and clearly treated as second class citizens. This may be a surprise to them, as the decent, honest and upright people they are, but Samira, the daughter is all too well aware that as a first generation immigrant she falls between the cracks. She doesn’t fit in at school, she isn’t English, and she doesn’t fit in at home, she doesn’t want to be Turkish.

Aloysius, is a complete sweetheart, which makes the abuse and brutality he receives even more upsetting to witness. He had come to England to live his dream, believing all he had heard about the Motherland. His dream of living in a house with roses around the door and being accepted as an equal, has been well and truly trampled on by the time he meets Anna. Despite this he remains a decent, gentle man, who still perceives the good in people. Thankfully, he has the good fortune to have a landlady that sees beyond his colour and accepts him for the man he is and mothers him accordingly.

So back to Iolanthe, as Anna’s search continues (with the help of Aloysius and Detective Hayes) we learn that she too has her secrets and just like the others needs to adapt to be accepted. As to what those secrets are and whether she is found, I’ll leave you to discover for yourself. This was by turns an interesting but uncomfortable read, but no doubt a realistic portrayal of the milieu that Anna found herself in. It was a glimpse into a slice of London life that was no doubt replicated in other cities throughout the country. It was a glimpse into a darker side of our social history that thankfully in many legal aspects we’ve forward from – but sadly in others sometimes I’m not so sure.

I received an ecopy from NetGalley to enable this review.