A Keeper by Graham Norton #bookreview 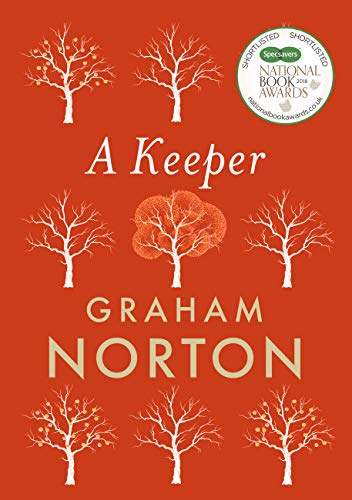 Dear Lonely Leinster Lady,
I’m not really sure how to begin . . .

The truth drifts out to sea, riding the waves out of sight. And then the tide turns.

Elizabeth Keane returns to Ireland after her mother’s death, intent only on wrapping up that dismal part of her life. There is nothing here for her; she wonders if there ever was. The house of her childhood is stuffed full of useless things, her mother’s presence already fading. And perhaps, had she not found the small stash of letters, the truth would never have come to light.

40 years earlier, a young woman stumbles from a remote stone house, the night quiet but for the tireless wind that circles her as she hurries further into the darkness away from the cliffs and the sea. She has no sense of where she is going, only that she must keep on.

I enjoyed Graham Norton’s first book Holding (see review here) so was interested to see what he served up as his second offering. The blurb suggested something in a different vein, and it was certainly different, so much so it has taken me a while to digest and consider how to write this review.

It was on the surface, a not uncommon tale of a daughter returning to sort out her mothers affairs following her death. Elizabeth’s return to Ireland, was a diversion, if not welcome, distraction from life at home in America. Divorced with a teenage son, it gave her breathing space and thinking time, to perhaps put her own house in order. It was an uneasy return as she had often felt an outsider. Brought up single-handedly by a strict, devout, disciplinarian mother, her life had been a pretty loveless one that hadn’t encouraged friends. She knew nothing about her father, or indeed, much about her mother’s life. The discovery of a box of letters was to change all that with dramatic consequences. It revealed a women far removed from the one she had grown up with and told a story that was dramatic and life changing.

It started off well, and I was thoroughly engaged by the descriptions of the small town, claustrophobic Ireland of the 1970’s, and the letter’s revelations of how her mother met Edward, a quiet, introverted farmer from West Cork. For a two-thirds of the book I was thoroughly hooked and enjoying it, and then the tone changed. The story took a darker turn that wasn’t anticipated. For me, it didn’t feel right, although there was a justifiable (if slightly mad) explanation for the first dramatic twist, it was the shocking, final action of that change I found hard to accept. It was too extreme. It felt like I’d gone from Maeve Binchy to a mad mash-up of a Victorian gothic novel. It’s hard to say much more, without giving spoilers to explain why I felt like I did, but it was too jarring.  I also felt the ending was a little contrived, given what we discover of Elizabeth’s background. I will readily admit that in normal circumstances I might have been less critical with the echoes of her story being replayed, had I still not been reeling from the previous drama.

This is not the review I anticipated I’d be writing, having been a fan of the previous book, but this one just didn’t work out for me. It’s a shame as there was a lot I loved about the book and I do love Graham’s writing, but it was the plot change, rather than the writing of it, that fell short for me this time. I know I’m in the minority with this view, which just goes to show, we are all different and what works for some, doesn’t work for others. I’m still keen to see what the next book has to offer though and hoping my next review will be a bit more upbeat.

I received a copy via Netgalley to enable this review.