Today I’m delighted to feature author Vanessa Couchman. Vanessa has lived in Southwest France since 1997. Being a self-confessed history nut, this is absolutely the right place for her since its perched villages and medieval towns are steeped in history. If like me, love France, Vanessa has a fabulous blog dedicated to her life in France (details below).

She is also very attached to the Mediterranean island of Corsica, which she has visited six times. All of these places provide inspiration for her historical fiction.

Her The Tales of Corsica series are standalone novels set in the same house on the island: The Corsican Widow (18th century) and The House at Zaronza (early 20th century).

Vanessa is in the middle of the Alouette Trilogy. This follows a young woman born to a modest farming family in France who has a remarkable singing voice and becomes an opera singer. The series stretches from 1880 to 1945. A prequel, Augustine, and Book 1, Overture, are already published. Book 2, Intermezzo, will follow in 2020 and Book 3, Finale, in 2021. 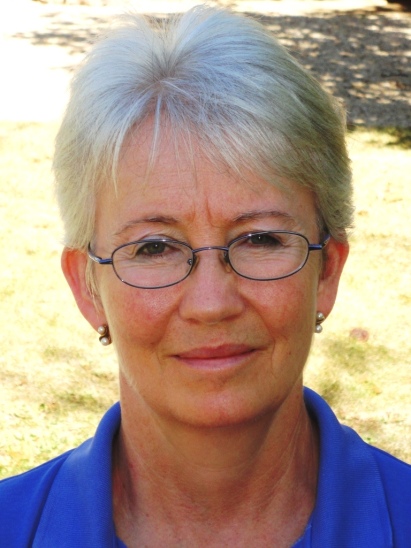 So over to Vanessa

The Beatles, She Loves You: I first learned to do the Twist to this! And I was so keen to show off my newly acquired talent, that I was first up on the stage at a pantomime, where the audience were invited to dance to it. I was wearing wellington boots and thought I looked the bee’s knees.

Pink Floyd, Dark Side of the Moon: I was a teenager in the seventies, and this so sums up that decade for me. I still listen to it, and it’s stood the test of time. A modern classic.

Ella Fitzgerald singing Cole Porter’s I’ve Got you Under My Skin: my first real love affair. That’s the one you always remember, isn’t it? He was older than me, and I was absolutely smitten.

Rachmaninov’s 2nd Piano Concerto: sparked off my love of classical music. People dismiss Rachmaninov as writing film music (this piece was the soundtrack to Brief Encounter). In fact, his music has an emotional depth that goes well beyond the schmaltzy and is redolent of the Russia from which he was exiled after the Revolution.

Lili Boulanger’s Piu Jesu: the first piece I ever sang solo in a concert, only four years ago. I don’t think I have been so terrified in my life. I took up singing again about eight years ago, having sung in choirs at school and university, but not since. I have a high soprano voice, which is surprising, because my speaking voice is quite deep.

What 5 things (apart from family and friends) you’d find it hard to live without.

Wine: a glass of chilled Pouilly Fuissé slips down a treat.

Walking: we have wonderful walking country around us and in the mountainous Auvergne region, which is only a couple of hours’ drive away.

Singing and music (does that count as one?).

The rolling countryside of Southwest France, where I live.

Gardening, even though the climate and the soil here are not conducive to English cottage gardens. You learn to adapt.

Try to see the glass as half full, not half empty.

Don’t run away from the things you’re afraid of.

Don’t be in too much of a hurry to grow up; savour the moment.

See the best in people.

Be satisfied with less than perfection.

I have always been painfully shy.

I come over as rather serious, but I have a wicked sense of humour.

I don’t suffer fools gladly, but then I suspect most people know that!

Tell us 5 things you’d like to do or achieve.

Stop procrastinating and get my latest novel finished!

Visit the capitals of Eastern Europe and St Petersburg.

Play Chopin’s Ballade No. 1 for piano without making any mistakes.

Write a biography of Emma Calvé, one of the brightest singing stars of her era (late 19th/early 20th century) and the inspiration for my Alouette trilogy.

Make jam – something I have never done!

Thank you so much for joining us today Vanessa. I love your music choices, Rachmaninov has always been one of my favourites, as has Pie Jesu – simply beautiful. Ella has a sublime voice and I first discovered her as a teenager when our local disco always closed the night with Everytime We Say Goodbye.  Having spent many years holidaying in France, I can quite see how the area features highly in your couldn’t live withouts. I think if we met, we’d get on very well, it sounds like we ‘re very similar in character as well as tastes.  I really hope you get to tick off some of those items on your to do list and let me know how the jam making goes – I’ve never made jam either!

A story of betrayal, lost love and reconciliation, set against the rugged mountains of Corsica and the turmoil of World War I.

The death of Rachel’s mother leaves unsolved questions about their ancestors. Can Rachel find the answers she desperately seeks on the island of Corsica, where she knows her grandmother was born?

In a remote Corsican village, a bundle of century-old letters comes to light. The tale unfolds of a secret love affair between the new school master and Maria, the daughter of a wealthy family. But Maria’s parents have other plans for her future.

Can Maria escape her destiny, or must she see her dreams crumble? And does she hold the key to the mystery of Rachel’s ancestors?

As Rachel digs deeper, she uncovers a remarkable story that has lain hidden for four generations.

A strict island society. A forbidden love. The two are bound to collide.

Corsica, 1755. Valeria Peretti is destined for an arranged marriage with a wealthy older man. A quiet life beckons, but a prophecy spells mortal danger ahead for Valeria.

Without friends in a hostile village, Valeria turns to her only ally. But when she is unjustly accused of a serious crime, she realises that a secret enemy wants her dead.

While Corsica fights to drive its Genoese rulers from the island’s shores, can Valeria win her own battles to save her life?

A tale of passion, injustice and revenge in the Corsican mountains and the French port of Marseille. 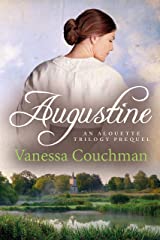 Love conquers all. Or does it?

Rural France, 1880. Augustine is not conventionally pretty and fears that she may never marry. Joseph rents his land and dreams of owning a farm one day. But without a wife and children, he lacks the help he needs.

When Joseph saves Augustine from a drunkard at a dance, they are immediately attracted to each other. They meet again, and the attraction deepens, but they face opposition from Augustine’s strict parents, who want better prospects for their daughter than Joseph can offer.

And dramatic events threaten to drive them apart.

Will Augustine and Joseph overcome the barriers? And at what cost?

Set against the rolling landscape and hilltop villages of Southwest France, Augustine is a prequel to the Alouette trilogy. It can be read either as a standalone or before Book 1, Overture.

She has a burning ambition, but everything conspires against her dreams.

France, 1897. Born to a modest farming family, Marie-Thérèse has a remarkable singing voice and wants to become a professional singer. But too many obstacles, including her parents’ opposition, stand in her way. And, through no fault of her own, she makes a dangerous enemy of the local landlord.

When the family circumstances change suddenly, Marie-Thérèse and her mother must move to Paris to work in her aunt’s restaurant. Her ambitions rekindle, but the road to success is paved with setbacks until a chance meeting gives her a precious opportunity.

She is close to achieving all her dreams, but the ghosts of the past come back to haunt her and threaten Marie-Thérèse’s life as well as her career.

Overture is the first in a trilogy set in France, starting in 1897 and finishing at the end of World War II.

For fans of all things French, a collection of twelve short stories inspired by and set in France.

The landscapes and light of France have enthused writers and artists for centuries. Its rich culture and history provide the backdrop for these stories.

Can Arlette resolve her predicament while her sweetheart fights in the trenches on the Western Front?

By escaping to the countryside, will a woman be allowed to leave behind her troubled past?

The celebrated painter Edgar Degas wants to paint an exotic circus performer, but will the portrait live up to her expectations?

Can the unsightly Pierre get the girl he fears will never want him?

These are just four of the dilemmas that must be resolved by the stories’ end. Most of the tales are set in the past and some contain a hint of the supernatural. All are infused with the essence of France.

Keep in touch with Vanessa via:

Her newsletter – news, views, recommended reads and exclusive content, plus a free story when you sign up.